The National Disability Coordinator Officers Program works strategically to assist people with disabilities aged 14-64 to access and participate in tertiary education and subsequent employment. SkillsPlus is proud to host 3 NDCO’s in Victoria.

The NDCO for Western Victoria, Pam Anderson, proudly presented a program she has developed, in partnership with the Glenelg Transition Action Network and Glenelg LLEN, called Passport 2 Employment (P2E) at the Pathways 13 Conference in Canberra last year. She was chosen to present the program after submitting an abstract earlier in the year. Her trip was sponsored by SkillsPlus.

The Pathways 13 Conference brings together disability practitioners, NDCOs and a range of other professionals from across Australia, and students with disability, to identify and remove barriers for people with disability participating in education and training.

Pam and Brad Charman’s (from the Glenelg Shire Council) presentation at the Pathways 13 Conference was so well received that she was asked to present the program to all the NDCO’s and a group of stakeholders in Western Australia.

On 27th February 2017 Pam headed to Perth, excited to share her successful program interstate. She was warmly welcomed in Perth by Dale Arthur (NDCO Southern WA Coordinator), Mark Bateman (Northern WA Coordinator) and Alex Murphy (Perth WA Coordinator). Her presentation was a hit among the NDCO’s and the stakeholder attending (30 people in total). As a result a working group was formed to pilot the P2E partnership in Western Australia.

“The group I presented to was enthused and indicated that they would pilot the P2E program in Perth this year. The schools I spoke with  indicated there were at least twenty-seven students from Years 10-12 who would benefit from attending the program”

The P2E program aims to empower young people with disabilities to build their confidence and skills in leadership and self-advocacy. Since its establishment the program has been delivered in Portland, Warrnambool, Horsham, Geelong, Colac and Gippsland. The aim is to roll it out in a number of additional locations in 2017.

“I would just like to acknowledge my appreciation and gratitude to the wonderful NDCO’s of Western Australia. I must also thank the wonderful organisation and people I work for, Ben and Sally, thank you for allowing me to take this journey and represent SP in the West!! I will never forget this experience,” Said Pam. 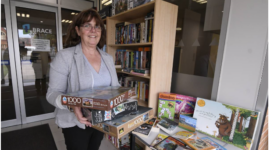 Help for isolated people in Ballarat 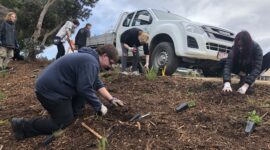 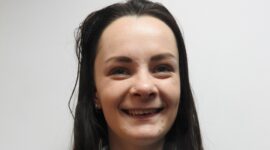